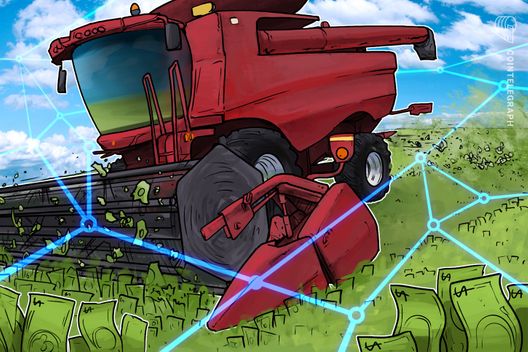 The firm, which was founded by SoFi founder and former CEO Mike Cagney, reportedly raised the funds from such majors as Morgan Creek, DST Global, DCM, Ribbit Capital and Nimble Ventures. The recent investment bumps the total funds raised by the firm up to $120 million, according to TechCrunch.

Cagney’s new firm, which reportedly has issued over 1,500 equity lines, is purportedly targeting older clients who are “cash light and rich in equity” or “CLAREs.” The company is currently lending $1.5 million per day, a figure which Cagney expects to double every few months, reports American Banker.

The founder told American Banker, “At the end of 2019, Figure should look like a robust financial platform that can meet the needs of our customers.” Cagney also added that Figure is moving into other areas like wealth management, checking accounts, and unsecured consumer loans.

Cagney’s former company SoFi is partnering with major United States-based crypto exchange Coinbase to roll out crypto trading support. The partnership with Coinbase will purportedly allow SoFi to launch crypto services by the second quarter of this year. CEO Anthony Noto said in an interview:

“Our target audience wants to see what the price of cryptocurrency is, and to buy it. They have a desire to do that and in many cases they already are.”

Noto assumed the role of SoFi CEO after Cagney stepped down amid sexual harassment allegations in 2017. Cagney told American Banker:

“One of the biggest takeaways is that at SoFi, we grew so fast and we never really understood what we were going to grow into, and culture never took a front seat. [At Figure] we have a very clear adherence to a ‘no-asshole’ policy.”