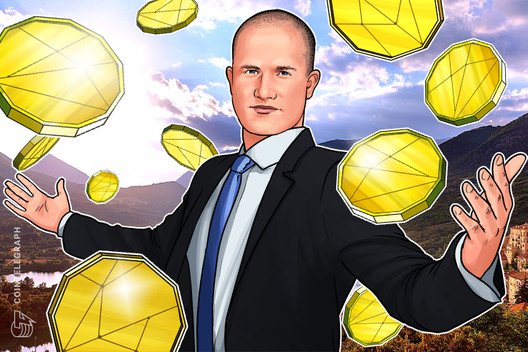 Coinbase CEO Brian Armstrong is one of many crypto executives who prefers writing a blog to answering questions from mainstream journalists.

“Our customers are on YouTube/podcasts/social media — not reading mainstream media,” asserted Armstrong in a May 22 Twitter thread, adding that companies are now “able to control their own distribution channels” in the current media landscape.

Publishing to our own blog/twitter/YouTube lets us say what is on our mind and talk to our customers — not get one quote in an otherwise balanced (or sometimes outright mean/snarky) article.

Armstrong added the disclaimer that “there are high-quality journalists out there, and journalism fulfills an important role in society”.

However, Armstrong believes that the best strategy is to build relationships with 3-5 “respected traditional journalists “and then spend [the] majority of time on modern channels.”

“Going on a national TV program might drive (literally) 100 visitors to your website,” he added, contrasting that with 10,000 hits from a tech publication — suggesting he hasn’t given up entirely on specialist reporters.

Catherine Coley, the CEO of Binance.US, said: “I actually believe in the press and how important it is. Yes, we can speak directly to current users now, but for advancing the industry it’s more about telling stories through amazing storytellers.”

Kraken’s co-founder Jesse Powell advanced that “Part of the issue is that mainstream media is constantly looking for some sensational “gotcha” angle, slight misstatement to repeat out of context, etc.”

“It’s high risk, low reward relative to publishing your own content or doing a live podcast/video which can’t be distorted,” he added.

Hard to believe that only 15 years ago people would pay PR firms thousands to get them quoted in Time or Forbes so they could then frame the article & hang it on the wall.